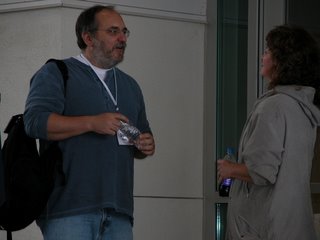 It's the tools, stupid

Some things are so fundamental that you just have to keep repeating them until people start imagining the concept, and this is one of them: The future of news media and its affects on society isn't going to be shaped by updated versions of the obsolete institutions we already have, but by the invention of technological tools that radically change the rules.

Today's mediascape is superhuman in scale, allowing the manipulation of public opinion and consent via familiar means: FUD, "The Memory Hole," and basic obfuscation. Individuals -- even well-funded, organized groups of professionals -- struggle to cope with the torrent of information that now flows across the mass-media infrastructure.

To put it bluntly: In an age of unprecedented information flow, we're all still basically guessing. Better policies won't change that: only tools that scale to the size of the problem will.

In other words, don't tell me how the media needs to change: Tell me what tool you can build that will give people the power to bring order to data in credible, meaningful, real-time ways.

And when I say this, people think I'm nuts. Discovery Informatics? Sounds weird. Egg-heady. Besides, they're all too busy trying to figure out how to sell traditional print and broadcast ads on Web content.

So don't listen to me. Listen to Google Inc. boss Eric Schmidt, who spoke in England on Tuesday:

LONDON (Reuters) - Imagine being able to check instantly whether or not statements made by politicians were correct. That is the sort of service Google Inc. boss Eric Schmidt believes the Internet will offer within five years.

Politicians have yet to appreciate the impact of the online world, which will also affect the outcome of elections, Schmidt said in an interview with the Financial Times published on Wednesday.

He predicted that "truth predictor" software would, within five years, "hold politicians to account." People would be able to use programs to check seemingly factual statements against historical data to see to see if they were correct.

"One of my messages to them (politicians) is to think about having every one of your voters online all the time, then inputting 'is this true or false.' We (at Google) are not in charge of truth but we might be able to give a probability," he told the newspaper.

None of this is new, really. Google signaled this move back in May of 2005. But dammit, sooner or later, people are going to need to grasp that this is happening. Five years equals Right Now.

Those of us in the news business need to think about these big science-fiction media/informatics tools, because what Schmitt is talking about is a neutron bomb for traditional media. Once it drops, the buildings where we now gather to produce "the daily miracle" will be empty, yet valuable, pieces of real estate. But they won't be media companies anymore. Not the way we think about media companies today, anyway.

These tools can be used for or against the public interest, so those of us in the public need to be paying attention as well. For all our interests in the blogging revolution, in citizen media, in networked journalism -- all these wonderful new self-organizing communites we're creating -- these are just shifts in the way we deal with the basic problem of trying to stay informed and connected. The real revolution comes when structured informatics principles are applied to real-time information in ways that individual users can direct and apply. When "system" trumps "news judgment" once and for all.

The obvious applications are big, corporate and funded, with enormous server farms dispersed around the planet sucking riverwater through cooling towers to keep the world's electronic brain humming. But if people are creative at the grassroots, they can build new structures around these new human-sized tools, turning them into agents that actually serve the needs of real people, not just governments and investors.

Ask yourself: How could we apply these ideas? What do you want to do with them?

Start thinking about scenarios. Imagine media structures that have never existed. Chew on some wild ideas. And then hang on: Because your wildest ideas really aren't all that wild, after all.

Technology, like the civilization that spawns it, is biological evolution by means other than genetics, and our tools -- while not biological -- are as human as the hands that made them. We are like a colony of bacteria on the verge of becoming self aware. And that's not just a different business model, folks.
Posted by Daniel at Thursday, October 05, 2006